“My sweetest moments continue to be when I’m out with the horses, away from the sounds of the city, away from the reminders of grief and masks and chatter.” 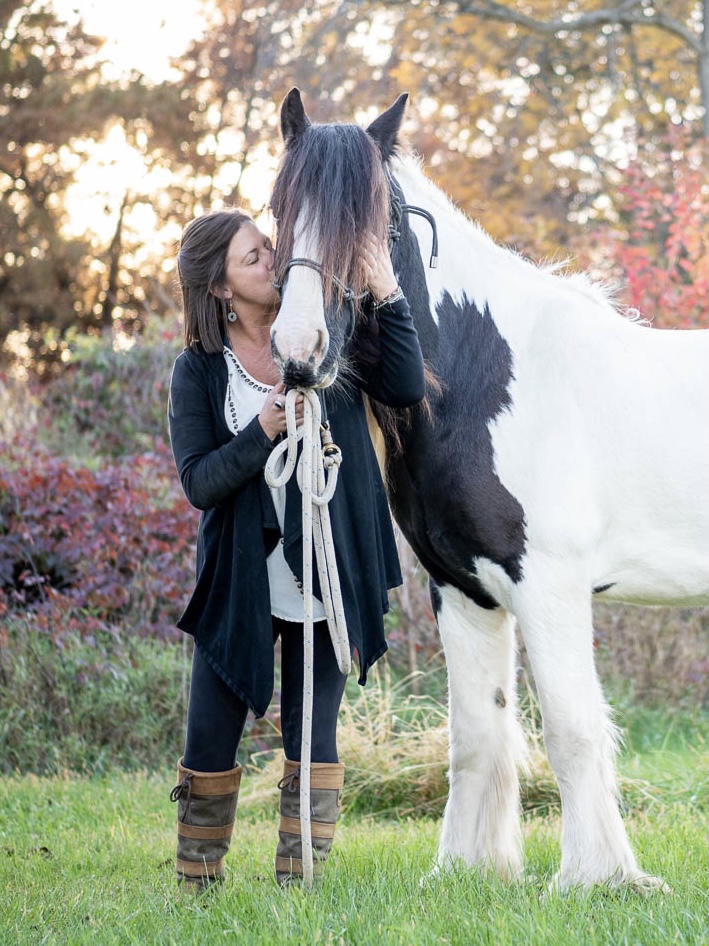 I invite you to come to the barn, to sit among the quiet hearts of the horses, to let the grief flow through you in a safe, nurturing space.

Seahorse Healing in the Media 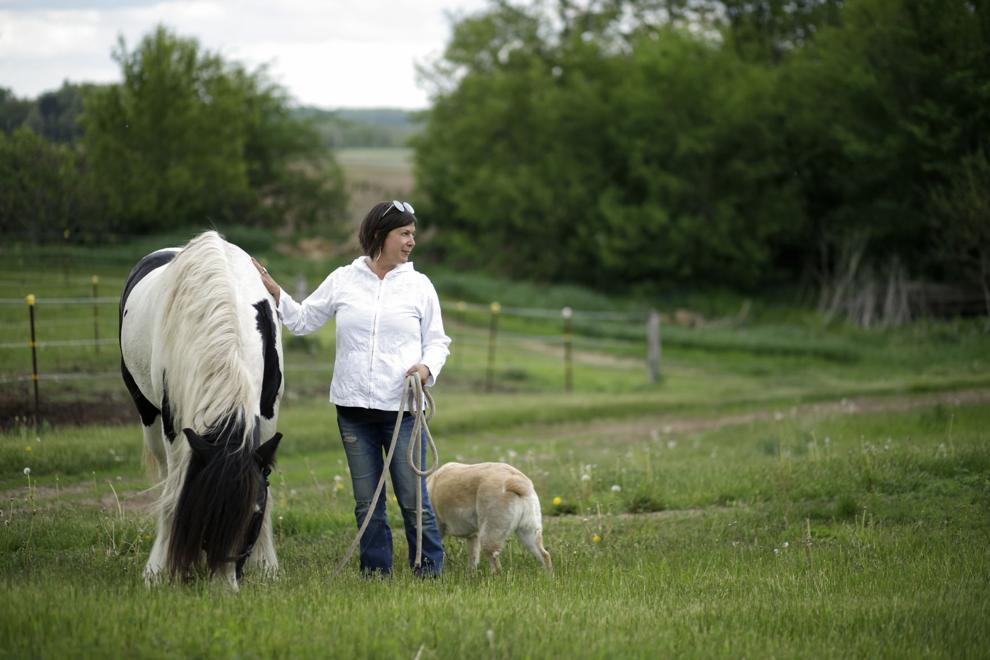 Nelle Rogers was just 7 years old when she first discovered that horses could heal. She’d started taking riding lessons at the horse farm across the street from her childhood home in Barrington, Illinois, right around the same time that her parents started to fight regularly. As her parents moved toward divorce, she was eager to make herself scarce at home. So she’d pack a lunch, head out at sunrise and return by sundown.

“I’d ride my little bike across the street and disappear at the barn all day long in the summer as often as possible,” Rogers said. There, in the barns and in the saddle, she found peace.

It wouldn’t be the last time that horses would help Rogers through a trying transition. After years of waiting tables, she went back to school, studying to be a teacher — only to realize she didn’t want to spend her career in the classroom. Horses again offered an escape. She discovered the field of equine-assisted therapy, where she could work with children with special needs in an environment she loved.

When her marriage fell apart, Rogers again headed to the barn, this time at Indigo Trails, a therapeutic horse farm in Verona. As she mucked the stalls, crying over the loss of her marriage and the death of her mother years earlier, an equine friend again came to her aid.

A bay horse named Bodhi worked a special magic, gently moving his mouth over her from her face to her chest. She couldn’t explain it, but each time he did, she felt transformed.

“It was the only time I felt good,” she said.

It wasn’t until Rogers began learning about equine gestalt coaching, a therapeutic practice in which a coach and a horse work together to help clients develop self-awareness and resolve “unfinished business,” that she found words for the way horses healed her. She came to believe that the Bodhi had been working on her chakras — seven energy points key in meditative practices — and helping realign her mind and body.

“It was like having a feeling all my life that now someone had a language for,” Rogers said. ”It was just, ‘Oh, wow. That’s what this is.’”

Eager to help others find those same benefits from equine connection, she enrolled in a two-year certification program to train coaches in equine gestalt taught by Melisa Pearce, creator of the method. In weekly phone calls and nine in-person workshops, Rogers took turns as a coach-in-training and a client working through her own trauma.

But before she could turn her credential into a coaching business, she’d need a partner — the equine part of the equation. She hoped to find a Gypsy Vanner horse like those of her instructor, so she started combing HorseClicks.com in a process she likens to internet dating. She’d “swiped left” for months before a 9-year-old black and white horse with feathered legs and a startling mustache, just the sort that had pulled Irish nomads’ caravans for centuries, appeared on her screen.

“I don’t know how to explain it. I just knew,” Rogers said. Soon she was dialing the Missouri number in the listing. “It was almost like an out-of-body experience. I’m making a phone call, I don’t know what I’m doing … you know if you make that phone call, you’re gonna have a horse.”

She named the horse Magic and brought him to live at Imagine Farms, a boarding stable in Belleville. Since July 2020, the stable has also been home to Seahorse Healing LLC, through which Rogers and Magic offer gestalt coaching, autism support and horsemanship classes. Though the services aren’t gender-targeted, Rogers describes her clientele so far as women of all ages who are looking for “an alternative mode of healing.”

As a coach — not a therapist — she’s trained to put her gestalt clients through experiences, watch their body language and help them interpret what the horse’s response can tell them about themselves. The horse is her partner in that process, she said.

While a session might start with a sit-down discussion, the point of gestalt is to go beyond talking. “Talk therapy is an intellectual understanding of pain,” she said. Her own therapist “saved” her in dark days post-divorce, but she found a different sort of healing through gestalt.

“Gestalt is more a belief that we are moving the pain through our bodies out of ourselves, shifting the memory and ourselves around the pain or trauma,” Rogers said. “I can understand why my marriage fell apart (but) it doesn’t necessarily mean that I’m dealing with the pain and moving the pain away from myself.”

Standing outside the barn as Magic munched the grass, Rogers gathered her thoughts. “I think the bottom line is that this form of healing has saved my life and changed my life, so that this is my life,” she said, gesturing to the open space around her and the “sacred healing space” just inside the barn. “To give that potential back to anyone feels like such a sacred honor.”

Today, Rogers still works nights waiting tables at Tempest Oyster Bar and Off Broadway Drafthouse to cover the bills. But she’s already making plans for the next stage of the business. In June, she and fellow coach Cassandra Johnson of Grazing Gratitude will lead a six-week women’s gestalt group. She’s hoping to plan her first gestalt retreat, “an intensive healing weekend,” soon.

“I’ve got my eyes big and looking,” she said, dreamily describing images she saw online of Clydesdales on the Scottish shore. “It’ll happen, I just don’t know when. Right now, we’re working on home.”

An Inside Look at Seahorse Healing

A time to get away from daily life, unwind + let go

Thank you to Pete Olsen for many of the images on this website. www.peteolsenphotography.com

Hope through Horses is a 501(c)(3) non-profit committed to securing funds for clients seeking healing, future practitioners in need of academic funding, and current practitioners looking to expand their practices.

When you donate to Hope through Horses from seahorsehealing.com, you are securing funds for future clients who may not be able to afford this transformational form of healing – right here at home.